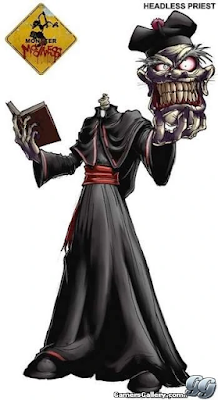 Many years ago, during the Spanish colonization, a new priest was assigned to Patarrá in Costa Rica. For a while, the residents considered him an incredible person with unbreakable "values." He seemed to be the most honest and loyal person in town, a true representative of their Lord Jesus Christ. Several months passed, and a mysterious Spanish man, wearing a  mask, began to visit Escazú (a nearby town to Patarrá). He was a womanizer, greedy and brazen as no one the residents had ever met. He loved gambling in the bars every other night. The poor residents lost thousands of silver coins every time they played against him. He seemed to be unbeatable. And after his wins, he always chose the best woman and enjoyed his deserved "adventures." The masked man became notoriously wealthy as a few people. He had been earning tons of silver without limits. Everyone began getting suspicious of where he was from and where he was saving his insane fortune. Banks didn't exist
Post a Comment
Read more

Long ago, when I was still young in 1997, I was coming back blind drunk to my house in Mixco, Guatemala. It had been a fantastic Friday; I had drunk several fine beers with my friends, and I felt like the king of that place. However, I would remember that night for the rest of my life, but not for this specific reason. I was not sure where I was going when suddenly I almost fell down on a massive cliff. How did I survive, you might be wondering? To be honest, I just felt an extremely fast wind that shoved me from the cliff. I hit the pavement very badly. The strange wind followed me from the distance until I arrived home safely. I am convinced the same wind had been protecting me before, but I was never sure if it had been my imagination only or something else, until that day. During the following weeks, I went to visit a childhood friend who lived in Jutiapa. I shared with him my odd experience with this odd wind that saved me. He was somehow concerned because he recognized what this
Post a Comment
Location: Guatemala
Read more 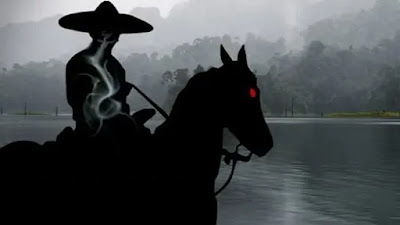 Long ago, a black horseman started to appear in the streets of Puebla. His appearance was extremely curious because he dressed in a black suit with some gold and silver buttons. He was gallant with an elongated figure and an imposing posture. Also, he rode a peculiar horse with a fur of the same color, with eyes that look like two balls of fire. No one could understand why someone so elegant had come to their lands, but the truth was that he was the devil's personal collector and had come to collect the fees of his master. Everything started in Tlaxcala just after the Spanish Independence. The black horseman (El Charro Negro in Spanish) was born into a very humble family, something he never accepted. He always hated to have his hands full of dirt because of his work and he could never achieve the riches he deserved. He felt he was destined to become the best of the best. The black horseman felt so bad about the low status that he preferred to go without eating to collect a few pes
Post a Comment
Location: Puebla, Mexico
Read more 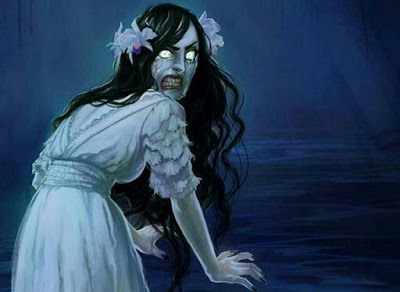 Cigua was a very hard-working Honduran girl. She was alluring and everyone loved her. She lived in a rural area with her parents. She always helped her mother at home, especially washing clothes in a nearby river. When Cigua turned 15 years old, a young man fell in love with her. It was love at first sight. The boy belonged to a good and wealthy family from the same town. The boy without thinking twice went to ask for the girl's hand. Cigua's parents realized the boy belonged to a wealthy family and accepted his proposal. In the following days, they agreed on their marriage date and started to organize everything. Several months passed and the wedding day arrived. Once at the altar, the priest asked the new couple to give him their baptismal certificates (a mandatory requirement). The boy presented his one, but the girl did not have any. She was not baptized. The couple begged the priest with all their hearts, but they could not get married. He declined each and every single s
Post a Comment
Location: Honduras
Read more 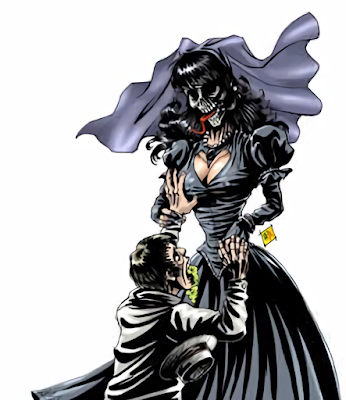 Many years ago, I was a young and handsome man. I was considered one of those men who could conquer the heart of any woman if I wanted. No one was better than me in this art. My life was fantastic, full of women and success. I was unstoppable. I was climbing in the corporate world extremely fast. However, one terrible night, I will recall for the rest of my life! It was a Friday 13 th in 1994 when the CEO promoted me to General Manager of the organization. I felt so amazing I invited my best peers to the   Bar December 6th in English ( Bar 6 de Deciembre in Spanish )  in Portoviejo. It was the best night in many years. Several beautiful women, the finest beers, and the best music in town, what a memorable night should have been, but it was not. After I had left the bar, I was dead drunk. I could barely recognize where I was. So many beers that I had lost count when I was on my tenth one. However, my guts were telling me that this was an abnormal night and that I should order a taxi.
Post a Comment
Location: Ecuador
Read more

The Whistler (Colombia and Venezuela) 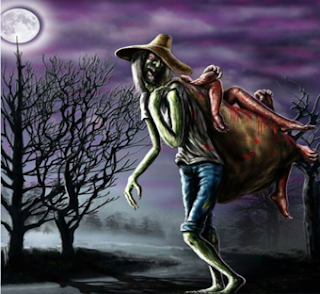 My name is John Kowalski Jr., and I am a Polish American living in Idaho. I have always had a crazy attraction to Latin America, but I never had a good reason to travel there because it seems dangerous. However, in 2015, Narcos came to Netflix and motivated me to finally leave my comfort zone and travel to Colombia and Venezuela during the summer of June 2017. I arrived in Bogota and was impressed by their women, music, and many other things. Their people were amazing. One day, I was drinking some beers in a bar when I overheard a man speaking about an interesting region called Los Llanos. I approached him and asked him more questions about this place. I think it was a great idea to go there because I could travel to Venezuela later. I would kill two birds with one stone. In the following days, I rented a jeep and started my adventure. I traveled alone to Los Llanos. The place seemed like a crazy jungle. It was a very harsh terrain, and many times, I barely had what to eat. The locals
Post a Comment
Location: Llanos Region, Ituango, Antioquia, Colombia
Read more 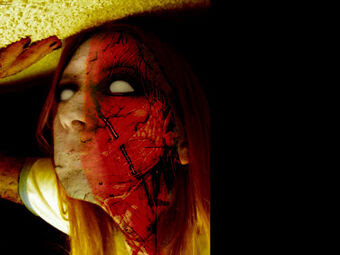 Many moons ago, in the surroundings of Tenochtitlán, the capital of the Aztec Empire, a couple used to live there. They had been married for many years, and the man technically loved his wife. However, the man (a respected Aztec warrior) was always angry and disappointed with his woman because she could not give him the boy he dreamed of. His woman was infertile. In their social group, it was a shame that any man, especially warriors, could not have boys. Their tribe saw infertile women as inferiors because their constant wars required new men to fight and gain more lands. Without a doubt, the man of this couple experienced huge pressure, but he carried on with his life with his woman. Perhaps, Quetzalcoatl would bless him one day, and his woman would get pregnant and have his own boy. One day, the chief called the warrior to the warzone since they needed to invade new lands. The man left his home that night. Days later, his woman discovered she had gotten pregnant! She was jollier th
Post a Comment
Location: Tenochtitlán, Ver., Mexico
Read more

Federico Navarrete
I'm a Cloud Architect who brings to the world the best Salvadoran stories! I want to share with you a little bit of our folklore and uniqueness.

For Salvadoran Stories, you can read: